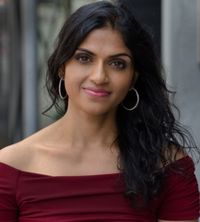 DWMC hosts “One Fair Wage: The Fight to Increase the Minimum Wage” featuring Ms. Saru Jayaramanair on Thursday, April 15th at 11:30am.

Join the Democratic Women of Monterey County (DWMC) and Ms. Saru Jayaraman, President of One Fair Wage, as we discuss the importance of increasing the minimum wage. Ms. Jayaraman has spent the last 20 years organizing and advocating for raising wages and working conditions for restaurant and other service workers.

This event is free and open to the public. Registration is required to receive a link to the Webinar.

ONE FAIR WAGE organizes service workers, employers, and consumers to advance local, state and federal policy to ensure that all workers in America are paid at least the full minimum wage from their employers.

The service sector is one of the largest and fastest growing sectors of the United States economy, but also the lowest paying. Workers in the restaurant industry are twice as likely to need food stamps, and three times as likely to live in poverty. These workers are in restaurants as well as in nail salons, hair salons, car washes, airports, and parking lots. They are also workers with disabilities, incarcerated workers, and youth workers in most states, and most (70%) are Women.

Ms. Jayaraman is Director of the Food Labor Research Center at UC-Berkeley and a Graduate of Yale Law School and the Harvard Kennedy School of Government. She was listed in CNN’s “Top 10 Visionary Women” and recognized as a Champion of Change by the White House in 2014, a James Beard Foundation Leadership Award in 2015, and the San Francisco Chronicle ‘Visionary of the Year’ in 2019. Ms. Jayaraman has authored “Behind the Kitchen Door (Cornell University Press, 2013),” a national bestseller, “Forked: A New Standard for American Dining (Oxford University Press, 2016),” and most recently “Bite Back: People Taking on Corporate Food and Winning (UC Press, 2020).”

Voices for Equity and Choice. We inspire and empower all Women who will be the Architects of Progressive Social Change.