In Case You missed It... The Ventana Wildlife Society’s March Condor Zoom-Chat is now available Online! 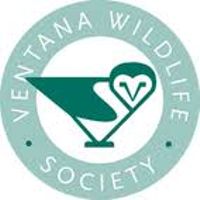 In Case You missed It... The Ventana Wildlife Society’s March Condor Zoom-Chat is now available Online!

Please click on the link to get the latest condor news! Join Kelly Sorenson, Darren Gross, Mike Stake and the Ventana Wildlife Society Field Crew as they discuss:

• Updates on last year’s fledglings. Spoiler: Iniko and Eva are preparing to be introduced to their future release cohort!
• Status of the San Simeon 9: See an updated map of their most recent flight range
• Nesting Updates: 8 pairs have officially laid eggs (there may be 4 more pairs and 1 trio this year too!)
• Hear from Conservationist Dr. Pete Bloom about his experience capturing the last condors in the wild in the 1980s. Dr. Bloom discusses his early day experiences with Kelly Sorenson and talks about the advances in condor conservation since his time in the pit traps. (What’s a pit trap you ask?...Watch the Zoom-Chat to find out how Pete innovated a Native American trapping technique to help condor conservation).

In addition to the Zoom-Chat, catch up on all the good news from the U.S. Fish and Wildlife Service:

On Wednesday the USFWS, the National Park Service and the Yurok Tribe announced a ruling that will allow for the creation of a new condor release facility in Yurok Ancestral Territory and Redwood National Park. VWS is proud to have worked with the the Yurok Tribe over the years and is honored to support the ongoing mission of returning condors to the wild. More information is available at: https://www.fws.gov/news/ShowNews.cfm?ref=---for-the-first-time-in-a-century,-california-condors--will-take-flight-&_ID=36867

→ GREAT NEWS FOR BALD EAGLES IN THE LOWER 48 STATES! ←

→ DID YOU KNOW THAT THE CONDOR’S SANCTUARY IN BIG SUR USED TO BE THE SITE OF THE VWS EAGLE RELEASE TOWER? ←

Between 1986 and 1994 VWS biologists restored a breeding population of bald eagles to the Central Coast of California. Read more about our biologists and their recovery efforts in this paper from the Journal of Raptor Research authored by Kelly Sorenson, Joe Burnett and Mike Stake. The publication link is available on our Bald Eagle page by visiting the following: https://www.ventanaws.org/baldeagles.html

Our Mission: Conserving native wildlife and their habitats through science, education and collaboration. We’re a non-profit organization founded in 1977, we are recovering California Condors in the wild and providing outdoor education programs for more than 1,000 youth annually.