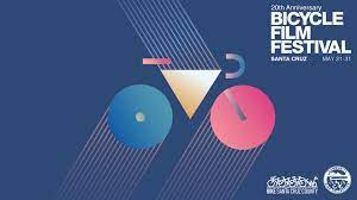 Despite cinemas being shut, the 20th Annual “Bicycle Film Festival” lands in Santa Cruz with a curated virtual screening of short films. The screening is hosted by Community Bike Collective and Bike Santa Cruz County from Friday, June 11th to Sunday, June 20th. We have extended the virtual festival to allow for more time for promotion and fundraising.

“Bicycle Film Festival” celebrates the bicycle through a virtual festival program. The version we are hosting is specifically curated for Santa Cruz audiences. The BFF selected short film program offers a varied perspective of the cycling movement from an international point of view. The stories are chosen to appeal to a wide audience from film connoisseurs to avid cyclists and everything in between.

Bike Santa Cruz County and Community Bike Collective are fundraising for a matching grant from the The Outride Campaign. This means for every dollar we raise, we will get matched a dollar! This funding will go directly to support programming that serves youth with the most need through our summer Bike Camp!

BFF Founding Director Brendt Barbur added: “In a year of a global pandemic, economic strife, a contentious political period the bicycle boom worldwide is optimistic news to celebrate. We hope to offer a positive respite from all of this for people.”
The program will be available online at any time from June 11th – June 20th. Tickets are available now on www.bicyclefilmfestival.com with sliding scale prices of $ 10.00 // $ 20.00 // $ 30.00.

Community Bike Collective is an all volunteer nonprofit dedicated to improving the lives of kids, their families and our community. OUR VISION: Through bicycling we foster a positive, safe, multigenerational norm that contributes to the health of our community and environment. Our Mission is to provide access to quality bikes and dedicated people who will create a safe, healthy and happy community through positive biking experiences.

More information is available at: www.communitybikecollective.org

Bike Santa Cruz County promotes bicycling through advocacy, education, and community building. Our goal is for people of all ages and abilities to feel comfortable using their bikes for daily trips.

More information is available at: https://www.bikesantacruzcounty.org/