Triple whammy: how rain, waves and tides caused 'Storm-ageddon' in the Monterey Bay

On land, the rain from the recent storm flooded rivers and triggered landslides, while high winds downed trees and caused power outages. But it was a confluence of factors at sea that contributed to much of the destruction along the Monterey Bay coastline.

The National Weather Service reported waves of more than 30 feet and a seven foot high tide. Adding to the heavy rain, the powerful storm surge and exceptionally high tides created dangerous conditions along the coast.

“This was kind of an intersection of a lot of things happening at once,” said Brayden Murdock, a meteorologist with the National Weather Service.

The immense amount of water surging ashore damaged notable landmarks, like the historic ‘cement ship’ off the coast of Seacliff beach and the nearby Seacliff pier. The popular Santa Cruz Wharf was evacuated.

In the quaint Capitola Village, streets that would normally be filled with shoppers and beachgoers were instead littered with woody debris flung ashore from a stormy ocean. Sand from Capitola beach was pushed inland by the surge of water. Beachside businesses were flooded and damaged by powerful waves, while the Capitola wharf was partially destroyed.

Business owner Anthony Kresge has worked in the area for decades, and says he’s never seen anything like it.

Kresge owns Reef Hotdog Deli in Capitola Village. His restaurant survived, but the businesses along the waterfront weren’t as fortunate.

“You can only hope that we rebuild the village into the condition or better than it was, so that if this ever happens again, it can handle it,” he said.

As rain poured outside, Monterey County Supervisor Mary Adams led a public briefing at the Cypress fire station on Rio road to discuss the storm response.

“It’s storm-ageddon. There is no question about it,” she said.

After a brief reprieve from the rain on Friday, another storm is expected to arrive through the weekend. Monterey County Sheriff Tina Nieto expressed confidence in the county’s readiness ahead of the storm.

“Every morning we're having a coordination call with all our state, federal and local municipalities to discuss down lines, down trees, any needs that we have,” she said. “This is truly a unified command of the entire county.”

The county ordered “high water rescue vehicles” from the National Guard. Nieto said four of those vehicles are now staged around the county for any potential rescue operations.

Murdock of the National Weather Service expects substantial rainfall starting early Monday morning. But the next storm should be less damaging to the coast.

“The winds coming with it, as well as the potential for storm surge with it are not going to be looking as strong,” he said.

Still, he cautions that areas that flooded in previous storms will continue to do so until the region gets a meaningful break from the rain — something that is not in the forecast for the foreseeable future. 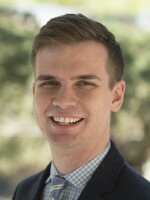 Jonathan Linden
Jonathan Linden is a reporter at 90.3 KAZU in Marina, California. He joined KAZU in October 2022 and had previously reported for fellow NPR-affiliate KVCR in San Bernardino, California.
See stories by Jonathan Linden
Doug McKnight
Doug joined KAZU in 2004 as Development Director overseeing fundraising and grants. He was promoted to General Manager in 2009 and is currently retired and working part time in membership fundraising and news reporting at KAZU.
See stories by Doug McKnight